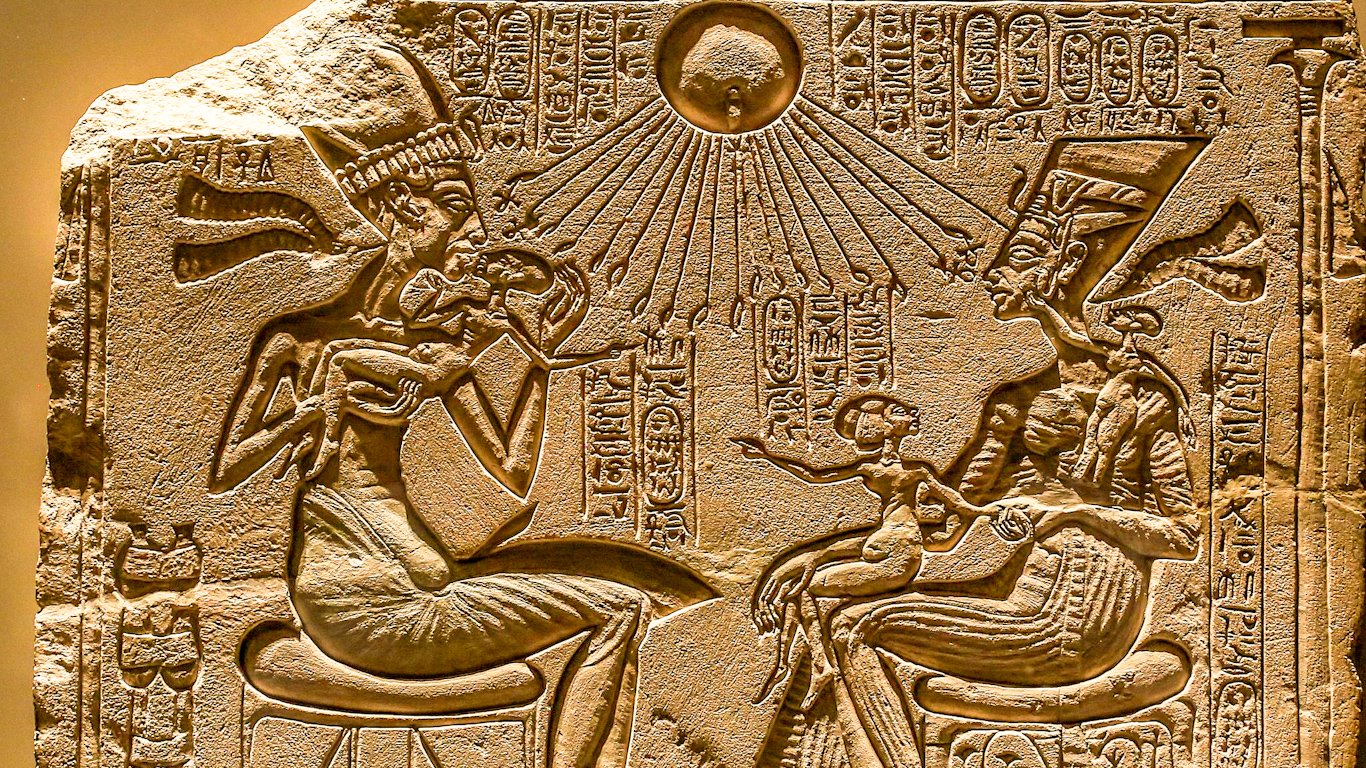 More than three thousand years ago, a divisive ancient Egyptian Pharos abandoned his name, religion, and the capital in Thebes. Archaeologists can tell you what happened next: Pharaoh Akhenaten established the short-lived city of Akhetaten, where he reigned alongside his wife, Nefertiti, and worshipped the sun. Following his father’s death, his young son Tutankhamun ascended to the throne of Egypt, abandoning his father’s contentious legacy.

But why did Akhenaten abandon Thebes, ancient Egypt’s capital for more than 150 years? The discovery of an industrial royal metropolis within Thebes that Akhenaten inherited from his father, Amenhotep III, may hold the key to finding answers. The discovery, dubbed the “lost golden city of Luxor” in an announcement made today, will elicit as much excitement, speculation, and controversy as the renegade pharaoh who left it. 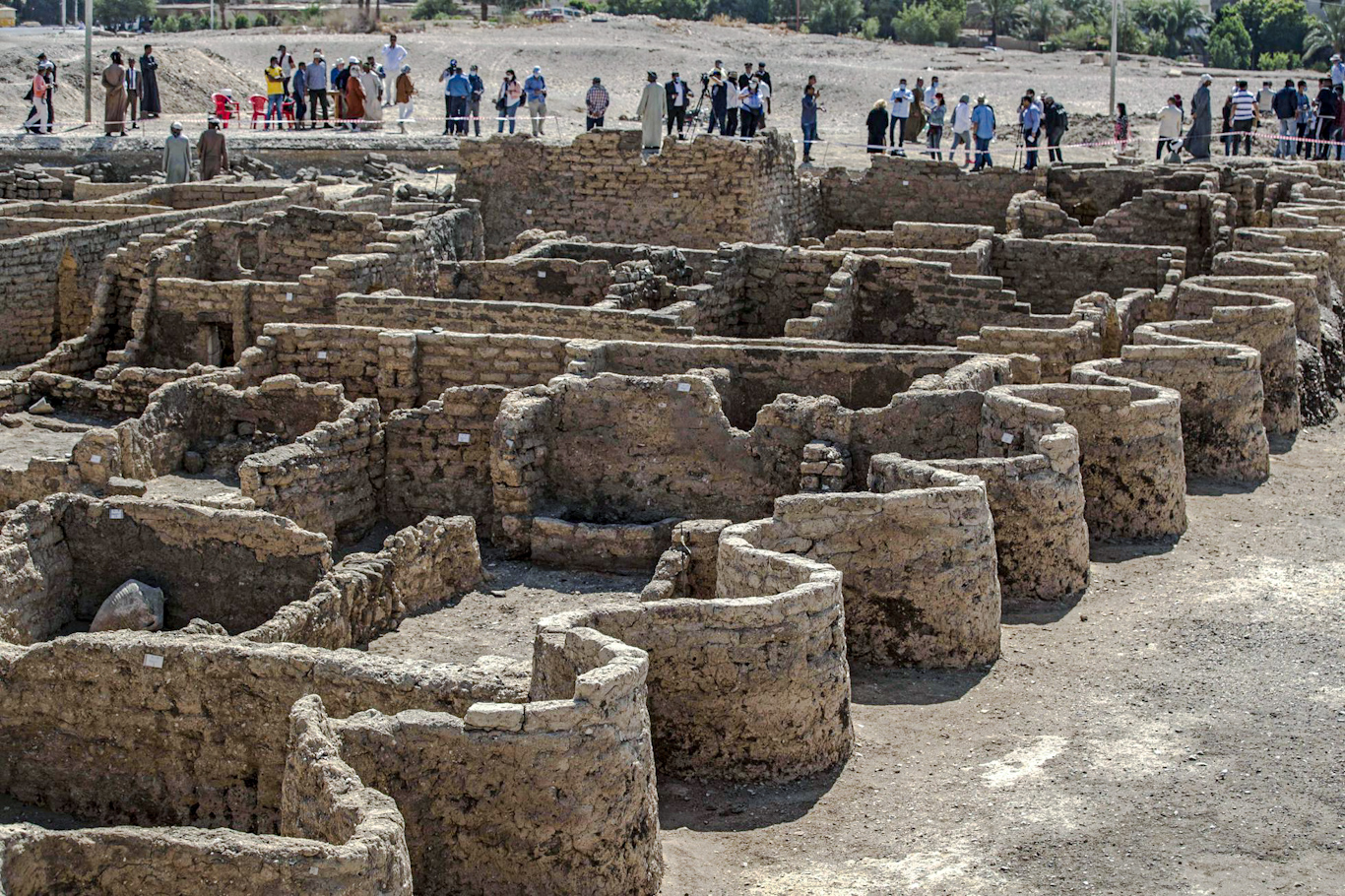 The city was only discovered last year, and they have only scratched the surface of the site, so determining where this discovery ranks in Egyptological significance is difficult at this time. However, the degree of preservation discovered so far has amazed researchers. “There is no doubt about it; it really is a phenomenal find,” says an archaeologist who heads the Egyptology unit at the AUC in Cairo. “It’s very much a moment in time, like a Pompeii exploration time.”

The schizophrenic pharaoh didn’t stop there. Akhenaten relocated his royal seat from Thebes to a brand-new city he named Akhetaten (modern site name: Amarna) and oversaw an artistic revolution that briefly transformed Egyptian art from stiff and uniform to animated and detailed. However, after his death, most traces of the ruler were erased. Beginning with his son, Tutankhamun, Akhenaten’s capital, art, religion, and even his name were all dismissed and systematically erased from history. In fact, the rediscovery of Amarna in the 18th century revived the renegade leader’s legacy, which had long fuelled archaeological speculation. Why and how did the pharaoh’s contentious transformation occur, and what was life like under the great Amenhotep III? The newly discovered city may hold useful information. In an area known for its archaeological riches, the excavation site straddles old and new. To the north is Amenhotep III’s mortuary temple from the 14th century B.C., and to the south is Medinet Habu, Ramses III’s mortuary temple built nearly two centuries later.

Archaeologists hoped that the space between may have been Tutankhamun’s mortuary structure, where his subjects would have arranged the funerary objects they offered him when he died, but instead they discovered zigzagging walls up to three meters high and piles of ancient artefacts from Amenhotep III’s rule. The structures are crammed with everyday many items of which are related to the artistic and industrial production that fueled the pharaoh’s capital city. There are houses where workers may have lived, a bakery and kitchen, items related to metal and glass production, buildings that appear to be administrative, and even a cemetery with rock-cut tombs.

Though the city’s size has yet to be determined, its date can be determined thanks to hieroglyphics on a variety of items. A vessel containing two gallons of boiled meat was inscribed with the year 37—the rumoured father-son reign of Amenhotep III and Akhenaten. Scarabs, bricks, vessels, and other items bear the royal seal of Amenhotep III.

According to a Johns Hopkins University professor of Egyptian archaeology, the buildings also bear the name of his soon-to-be heretic uncle, who paid a visit on a day when archaeologists discovered a small clay ceiling imprinted with hieroglyphs that read, “The aten is found living on reality.” That’s an Akhenaten euphemism.

Despite the references to the younger king, she says the city is part of his father’s palace, Nebmaatre.

When Akhenaten came to power and changed course, he seemingly abandoned his father’s city and all it held.

That loss has been reaped by modern archaeology. “It’s breathtakingly beautiful, Ms. Ikram says; She recalls walking through the preserved streets, which were surrounded by tall walls, and expecting an ancient Egyptian to appear around the corner at any moment.

Tutankhamun, who abandoned Akhetaten during his reign but established a new capital at Memphis, appears to have reused the city. Ay, who later inherited the throne after marrying Tut’s widow, appears to have used it as well. The site’s four distinct settlement layers demonstrate eras of use ranging from the third to seventh centuries A.D. Coptic Byzantine. It was then abandoned to the sands until its recent discovery.

But why was it abandoned during Akhenaten’s brief reign?

We’re not sure we’ll get any closer to answering that question in this city. However, it is possible that we will learn more about Amenhotep III, Akhenaten, and their families in the future. It is early days, but I believe more and more connections will emerge. Though the newly discovered city will not provide an answer to the mystery surrounding the rebel pharaoh, it will paint a more vivid image of the life he left behind.